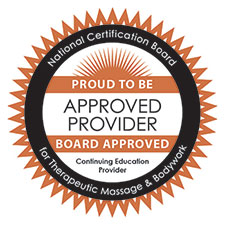 The Bowen Technique is a system of soft tissue mobilizations that employs the thumbs and fingers of the practitioner over the muscles, tendons, nerves, and fascia of the body.  The method is focused on restoring the body’s natural self-healing mechanism. The technique has been used for a range of conditions affecting the musculoskeletal system, particularly the back, neck, hip, and shoulder regions. 1

History of the Bowen Technique

The Bowen Technique or Bowen Therapy was developed by Australian Thomas Ambrose Bowen in the mid-1950s.  Bowen observed masseurs at soccer games in Geelong, Victoria, learning from the massage styles that they used on the athletes’ strains and injuries.  Bowen began work as a masseur working on the soccer players’ injuries and then studied with Ernie Saunders, a well-known manipulator of the early twentieth century. Bowen claimed the title of osteopath in the late 1950s, a title that was not governmentally regulated in Australia at the time.
Bowen’s practice thrived through the 1970s and he provided free treatment to children, pregnant women, the poor, the physically disabled, and to soccer players.2
In 1981, shortly before his death, Bowen petitioned to join the Register of Osteopaths, but was turned down due to lack of formal training. 3

The Bowen Technique employs gentle rolling moves across tendons, ligaments, and superficial fascia with the thumbs and fingers.  Two minute pauses from the hands-on treatment at crucial moments is part of the Bowen Technique, allowing time for the physical manipulations to take effect.  Bowen practitioners are encouraged to effect the treatment with a minimum number of manipulations in order to be minimally invasive.

How the Bowen Technique Works

As with many osteopathic treatments, the Bowen Technique was not developed in research laboratories, but rather in conjunction with real-world needs.  As a result, detractors often use the term “pseudo-science” in reference to it.  It was developed, however, to be an effective treatment to musculoskeletal pain and discomfort, and it has been demonstrated to work for the ailments that it is used for.
A variety of hypotheses have been postulated pertaining to how the Bowen method works.  The basic Bowen move distorts a muscle or a tendon that is not bearing a load, and it rolls over it at a precise location without sliding on the skin.  Because of this, the spindle cells and Golgi tendon organs regulate the muscle’s resting tension level via the central nervous system.  As a result, the surrounding fascia becomes more fluid, allowing greater movement of bodily fluids (blood and lymph) through the tissues.  This enhances nutrition to and the evacuation of waste from the site of the injury, speeding and enhancing the healing process.  The lack of skin stimulation and the limited number of precise moves focus the nervous system’s resources on key, essential points.  The pauses in the treatment allow the nervous system and fascia to respond and to begin the healing process.

According to proponents of the Bowen Technique, the body continues to respond to a treatment for several days afterward unless interrupted by injury or strong external stimulation such as trauma, excessive heat, and bodywork. 4

A recently published study performed by Coventry University in the United Kingdom tested the application of the Bowen Technique on recurrent injuries, movement dysfunction, and lower back pain.  In these injuries, links between limited flexibility and development of neuromusculoskeletal symptoms are frequently reported.  The Bowen Technique was used to treat many conditions, including lack of flexibility.  The study particularly set out to assess the effect of the Bowen Technique on hamstring flexibility over time.  An assessor-blind prospective randomized controlled trial was performed on 120 asymptomatic volunteers.  Participants were randomly allocated into a control group or into a Bowen group.  Flexibility measurements using a knee extension test were performed over the period of one week.  The Bowen group received a single Bowen treatment, the control group did not.  The result of the study demonstrated a significant improvement in flexibility within the Bowen group while there was no significant change noted in the control group. 5